Beloved Dogs: We Cry When They Depart 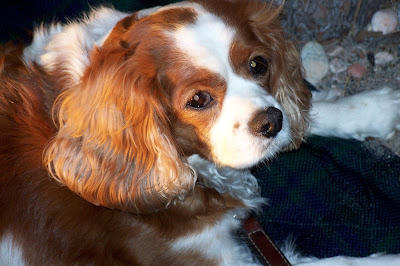 Dogs we love have the unique ability to claim important parts of our hearts...and then start acting like it's their own private property. This poses a peculiar challenge when they move on. Even if they're not actually your dogs (but you love them pretty badly nonetheless). 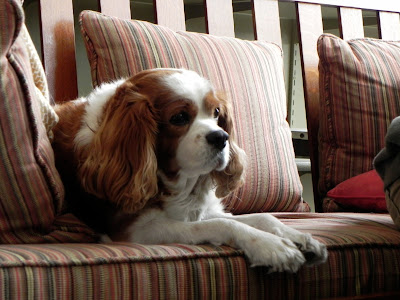 We spent countless days with Fiona and her cousin Izzy, and very occasionally had the honor of dog-sitting. Gosh they were good, even when they decided Art's favorite chair was their favorite chair. 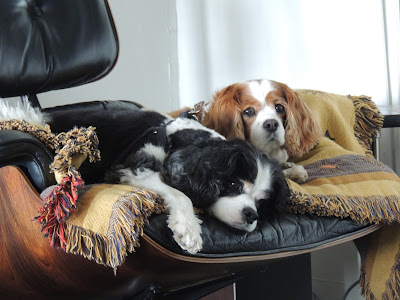 One time when the three of us were out walking, an older man approached, knelt to stroke them, and looked up with a smile, a tear spilling. He'd known and loved a Cavalier King Chas Spaniel who'd clearly occupied a place in his own heart.


Fiona and Iz craved human contact. They could never get close enough. 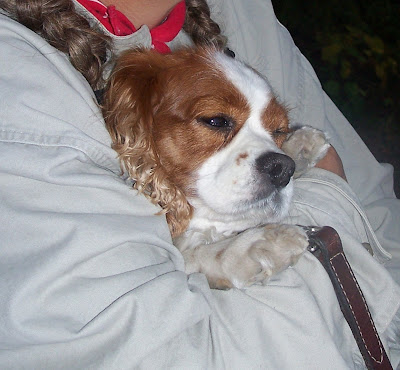 And if you were innocently taking a nap on your own floor
you could get accidentally kissed. 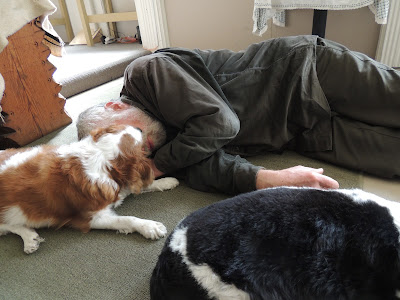 Who would not want to go camping with them? 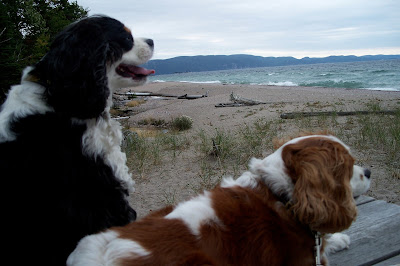 But, you might be thinking, these lovely creatures didn't even live with you. In fact nobody writes more eloquently about Fiona's death than one of her dads:


She was as dear, smart, brave—indeed as stoic, loving, and affectionate a dog as one could ever hope to know. It is no exaggeration to say she single-handedly arranged for herself and her dear cousin Isidore to move in with us.

How did that work? As puppies Izzy and Fiona lived upstairs, where they were severely neglected by the person who brought them into his life. Their own solution was to mount a natural charm offensive:


Running down the stairs from their apartment every chance Fiona got, shaking her leash until we opened our door, and then racing in and around our apartment, with Izzy in tow (he may have been puzzled, but always wisely deferred to her judgment—and always profited by doing so), finally ending up in our arms. Even her then-owner acknowledged the obvious and asked if we would adopt them.

I am certain I will never know another girl on four legs so beautiful.  Nor will I ever be kissed so passionately by a dog again.  She was a great Irish gift; we will miss her dearly, and we will surely never forget her.

Izzy's generous spirit slowed and then stopped in the waning days of 2012. We loved him. 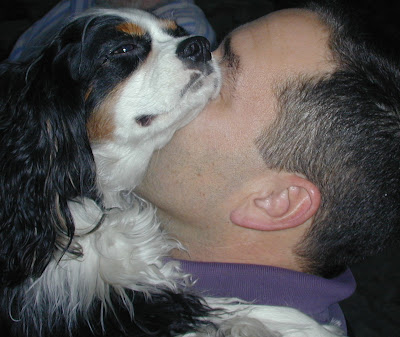 No dogs were more cherished than these two. We ache for our friends today, because buddha knows tiny pieces of their hearts are strewn all over Chicago. As are ours. 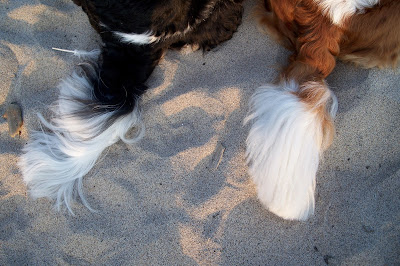 I am so sorry to read of your friends's losses. They must be heartbroken to lose both pets so close together. I hope they can eventually focus on all the happiness they brought these dogs in the second chapter of their lives, after the dogs found a loving home, and that they find peace.

John: that is a beautiful sentiment. Thank you.

So sorry for your loss your pets they do become part of your life and family and losing one is a very difficult part of life. Good luck Dusty....

There is nothing more sad than losing a friend. Especially canine. My deepest sympathies