Three growing seasons after we started using sub-irrigated planters (SIPs), I’m still astonished by how much food they produce. Because we harvest a lot of what we eat every day during peak season--sometimes five pounds at a time--the extent of the abundance can be obscured. Today I decided to pick just about everything from the roof. Here’s the haul (minus tomatoes):

The chocolate peppers (some still green) are from a single 5-gal bucket set. 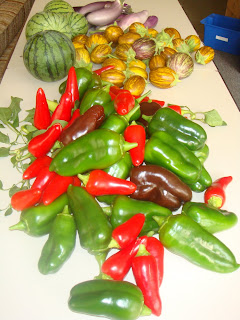 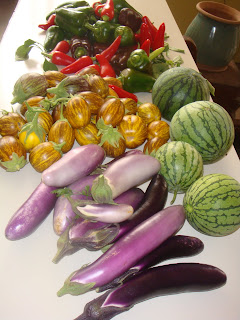 We aren’t the only ones using the sub-irrigation method to grow exceptional food. Many online friends are sparking the connection between people and what they eat, some with SIPs, some without. Bob Hyland at Inside Urban Green is a major force in spreading the SIP gospel throughout Brooklyn and on the NY-docked Waterpod.

El at Fast Grow the Weeds gardens in the ground and just plain inspires me. Her post on shell beans prompted me to crack open one of our scarlet runner beans. A shocking pink surprise awaited me. 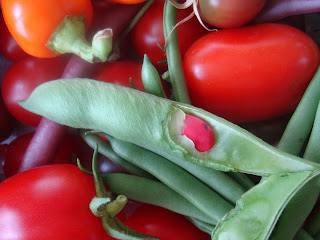 LA’s Erik and Kelly at Homegrown Evolution keep us apprised of urban homestead projects from humanure to home brewing. We like their spirit.

Co-blogger Bruce showed me how to make horchata from a melon that went thump on the roof before it was ripe: just get rid of the rind and whiz all the rest, seeds included, in a blender with a squeeze of line. Yum. Thanks, Bruce! 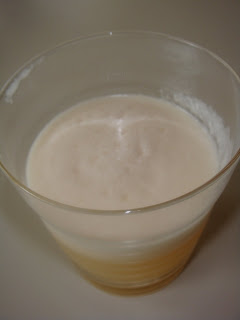 The kids at Global Buckets are all over the SIP concept. Their theme? Two buckets on a mission to reduce malnutrition. I'm raising my horchata to that.

Growing can be playful too. Our scarlet runner beans made some serious progress up the twine-wrapped PVC arches this summer and are still going strong. The Rooftop Garden Project in Montreal gave us the idea. Check out this video of their city-wide project. Why can't Chicago do that? 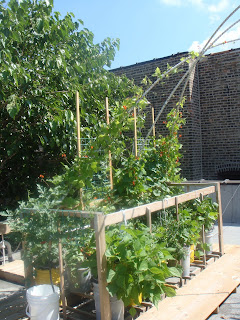 If you decide to try SIP growing, know that we've had extraordinarily positive feedback from people who've tried it. Start with one. Then show someone else how to do it. 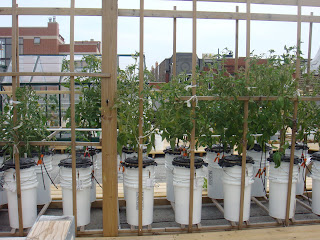