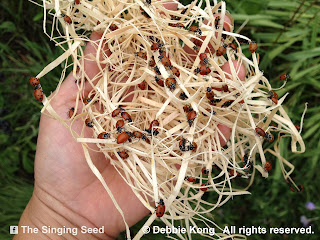 Heard a tiny voice in the garden… “Come on guys! Let’s feast to the end!”

Some days ago our friends helped us release some common “bug busters.” These beneficial insects are types of ladybugs, but these buddies are convergent lady beetles also known as  Hippodamia convergens. And here’s some great news: they don’t bite!
The lady beetle’s main food source is the aphid. But when the aphid population goes down, so does the lady beetle’s. When there aren’t enough aphids, the lady beetles go from aphid eaters to cannibals.

When there are enough aphids the lady beetles hunt for them. They might even run into some unfriendly ants that like eating the aphid’s leftovers
The lady beetle blood is toxic to predators so they are at the top of the food chain (from an aphid’s point of view, of course!). Lady beetles are pretty gross when it comes to feeding. The lady beetle takes a bite of the aphid and sucks the juices out. Then they spit the fluid back in to the body, suck, and spit it out again and again. The adult lady beetle repeats this process about 60 times a day. 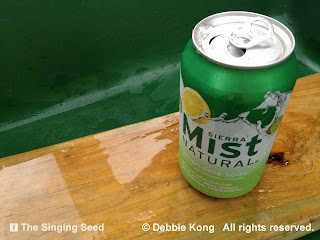 This sugary drink will attract lady beetles and convince them to hang around. 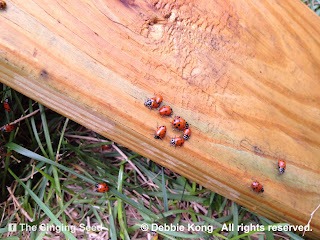 Releasing the lady beetles was awesome. We set out a piece of wood and poured a sugary drink on it. Most of the lady beetles went to the wood for a sweet sensation. The lady beetles love sweets. So instead of eating nectar, they let the aphids do the work and then eat the bug that ate the nectar. That’s what I call a lazy bug! 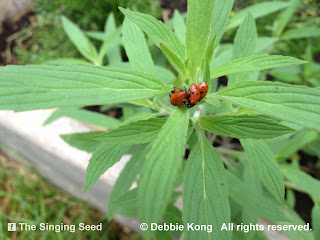 The next morning we found some huddled together. 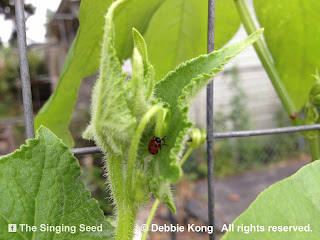 This one is sucking out the juices of an aphid. 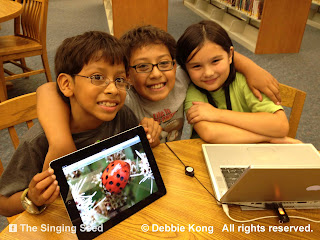 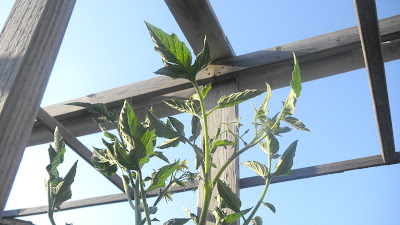 After our wicked recent hot spell, it's (only) 88 degrees today, more than ten degrees cooler than yesterday. And I see a few more tomato blooms setting up.
Posted by H2 at 2:26 PM No comments: 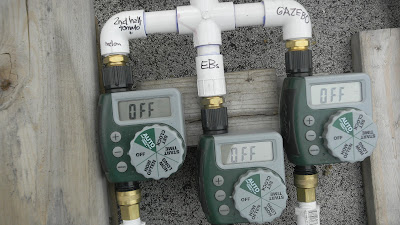 We had to be away for a long week, during which Chicago temps played out like this:

Sub irrigated planters (SIPs) and Art's auto watering system saved our produce. I wasn't sure what I'd see the morning I crawled up the ladder at 6:59 to beat the day's heat. Among other things I found an early-producing Glacier tomato that had set fruit. Happy day. 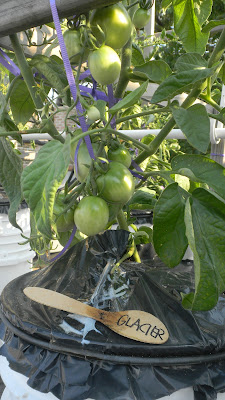 The green beans in their Earthbox were also thriving. 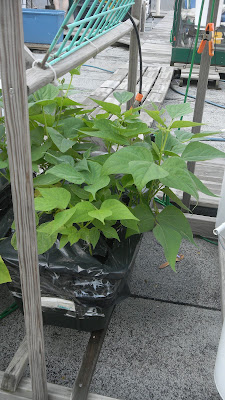 Flowers on the eggplant too. 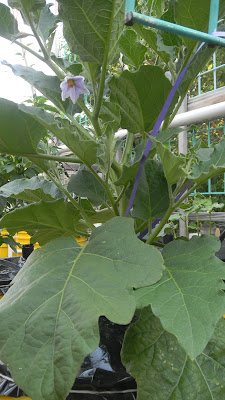 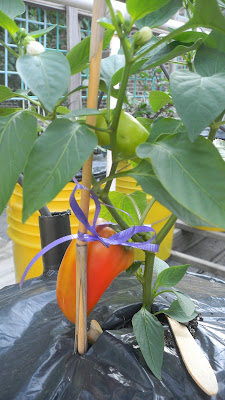 As do these Jimmy Nardellos 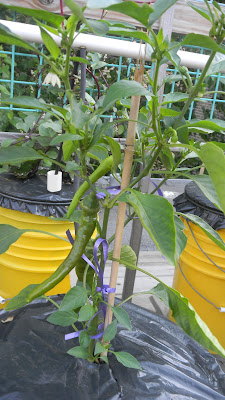 The Whippersnapper tomato from Bountiful Gardens, a new variety for us this year, had also set fruit and is loaded with flowers. What a sweet little tomato. 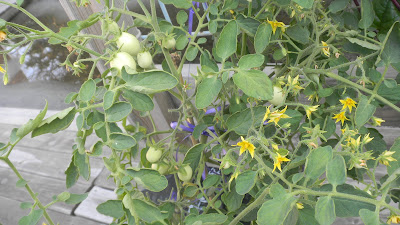 But clearly some of the later-developing varieties were crushed by the temperatures. Note the flowers on this Valencia that failed to thrive in all that nighttime heat. We learned last year that hot nighttime temps (see this post about our resulting light harvest) inhibit fertilization.


Optimum fruit set occurs within a very narrow night temperature range of between 60° F and 70° F. When tomato plants experience night temperatures lower than 55° F or above 75° F, interference with the growth of pollen tubes prevents normal fertilization. The pollen may even become sterile, thus causing the blossoms to drop. 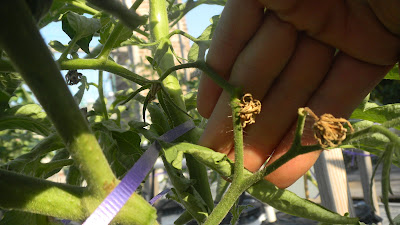 Still, the vegetables were thriving, relatively speaking, because they had a steady water supply. Tom Skilling spells out just how dry Chicago's been:

While temp relief is underway, the precipitation picture is an entirely different story. It's abysmal. Since June 1, O'Hare's recorded 29% of its normal rain: 1.18" versus the normal 4.06". 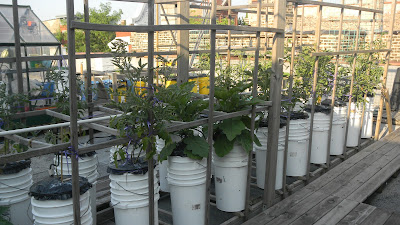 Happiest were these SIPs,
sitting partly under the gazebo cover 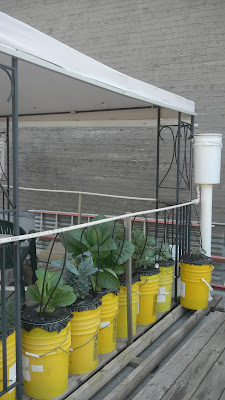 Happier still the malabar spinach, twining up the trellis. What and exceptional supply of nutritious green this spinach provides in extreme heat. 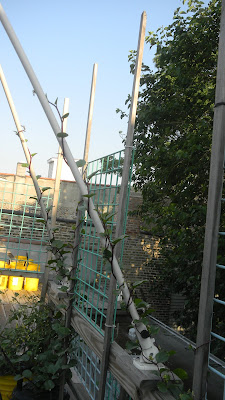 I picked some for our noon salad, along with the tailings of the lacinato kale and collards. Time to replant the latter two. 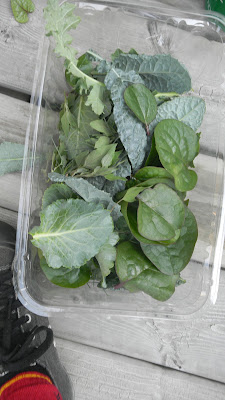 We can't control the weather, but we can control the water supply with sub irrigation (written with the clear understanding that living next to one of the world's largest freshwater lakes helps...a lot). 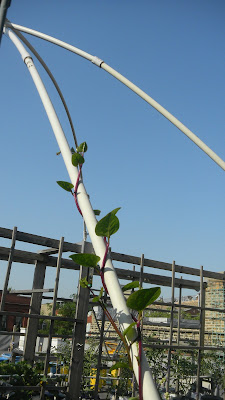 We lost power last night and into today, the grid clearly challenged by the hellish heat. Cooling breezes have arrived, with luck in time for the later tomatoes to set up for a bountiful August/Sept harvest.
Posted by H2 at 6:15 PM No comments: