Cooking, like growing plants, is such a tactile thing. How well either of them are truly dealt with in the online world is an open question.

All by way of saying I found this wide ranging talk given by the bread maker Peter Reinhart to be worth watching. He knows how to tell a story and his enthusiasm for baking bread is contagious.

I'm proud to live in a place that's accomplished this:

It's still a mystery why my potato box experiment was a failure. Fellow blogger H2 came over with her new flipcam on the day I took the box apart--in search of my advertised 100 lbs of tubers--to shoot this short video.

As the clip ends, we're heading to the roof to see how my SIPs planted with sunchokes, aka Jerusalem artichokes, did. A preview of what we found can be seen in this picture. 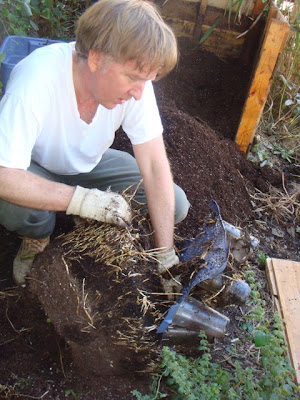 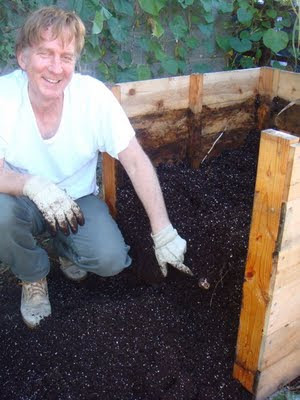 I'm not sure if I'll try growing potatoes in a box again. I'd like to try something more conventional, like growing them in containers.
Posted by Bruce at 1:53 PM 10 comments: