Derecho! and the July Roof Garden

The derecho that slammed Chicago Monday morning brought winds of up to 75 mph. Our summer 2011 weather had already featured pummeling hail, evidence of which can be seen on the tobacco leaf at upper right in this photo. 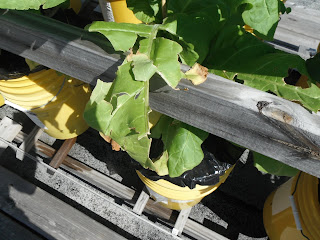 Even the tough eggplant leaves show battle scars. Still, we feel lucky. While the derecho was over as quickly as it hit, it knocked out power to some 900,000 people. My sister north of Chicago remains without power three days later. 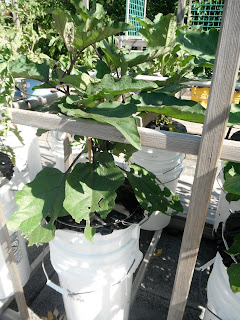 We made it through with a bunch of broken tomato leaf stems, despite my tying up our current crop more conscientiously than any previous year. I started this after early-season high winds snapped a Black Prince tomato in two at the main stem. The weather is weird, with string and scissors more necessary than ever. 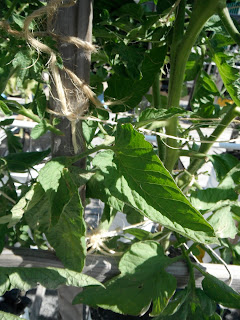 On to some happier pix. Here's a Matina tomato (Reimer's Seeds) setting some nice early fruit. I love this tomato for our region. While larger fruit is nice, Matina's a reliable bearer...and always one of the first. Thanks to far-flung GRGer Russ for buying those first seeds. 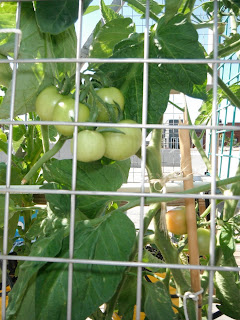 A Valencia tomato (Johnny's Seeds) across the roof--click to enlarge. It's a beautiful thing to see fruit emerging from flower. 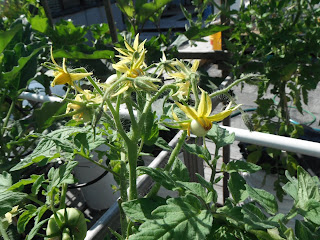 Rampant tomatillos shading out the okra in the adopted earthboxes 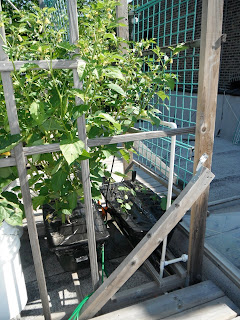 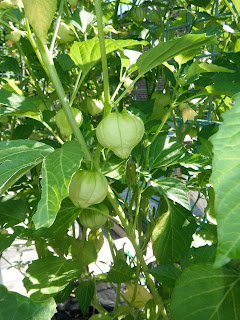 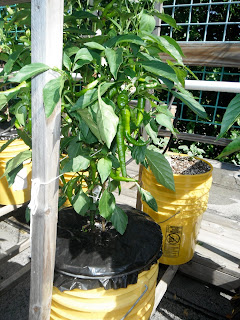 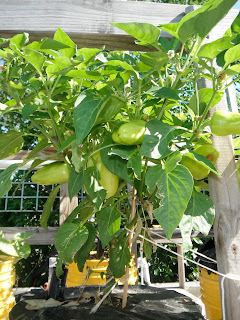 This year I brought a jasmine plant to the roof and put it in a SIP (center below). 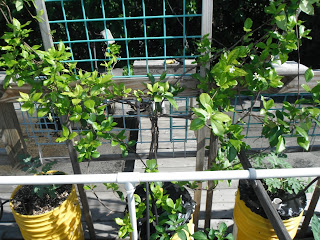 It took a while to establish but now scents the melon-pepper run like heaven. Remains to be seen if it will grow up the PVC arch I've guided it onto. 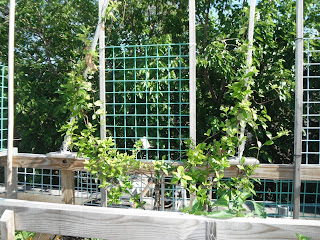 Here's our old friend agretti. Planted April 6, it's taking its time and I nibble judiciously, still hoping for seed for 2012. 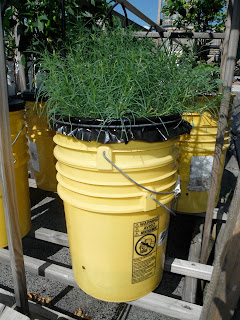 The joker and jester lettuces from Wild Garden Seed are going to seed, and yet there's no detectable bitterness to the leaves. What a beautiful lettuce. Definitely growing it again next year. 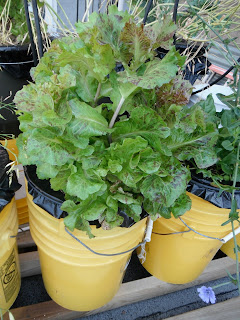 The lettuce sits amongst the going-to-seed lineup. 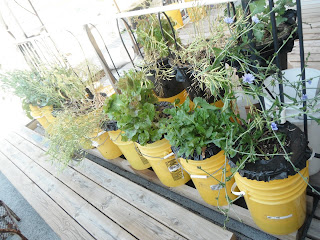 Tomatoes are all flowering and moving toward fruit, though there's some leaf curl I'm not happy about (and I'm not showing you pictures of it either). 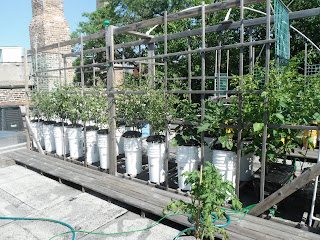 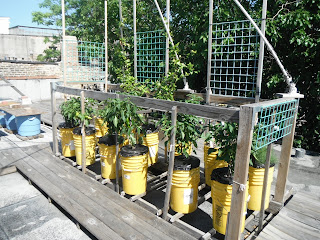 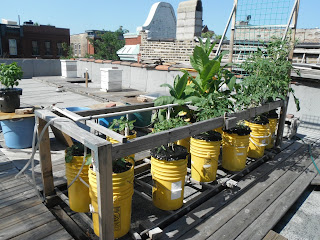 Once I knew a guy who said: What's lookin' good 'sides you, me, and the weatha?  It's a beautiful, moderate summer day. How's your garden growing?
Posted by H2 at 6:32 PM

And here I thought I knew every weather term there was. Thanks for schoolin' me on the derecho. Sorry your weather's been so challenging.

Chicago has had some incredible spring/summer weather this year and us gardeners have had to practice a lot of patience! Your garden seem to be doing well despite all that it's been through.

Derecho was new to us too.

Its power was breathtaking. It even sloshed giant Lake Michigan by pushing water all the way across to the east...before it returned, prompting a seiche warning.

Debbie, you're right. We're lucky despite the challenges, but the predictable gardening patterns of the past may be gone and I'm just realizing how reassuring they were.

Well, at least there has not been a tornado.