The Victory Garden of Tomorrow

This can be a problem when you're trying to get people to change their behavior.

Use propaganda. It works. 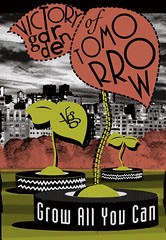 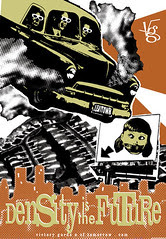 The Victory Garden of Tomorrow: Constructive values for the Future! Designed for Home, Work, or Community.

VGoT is a fake propaganda campaign for new, American home-front values. Inspiration for the campaign comes from events occuring a lifetime ago: the World's Fair of 1939, and the Garden for Victory campaign of 1944, and even the NASA's Apollo program of the 1960's.

Today, the campaign is represented by a series of hand screenprinted, limited edition posters made with acrylic inks and printed on synthetic, recyclable paper. 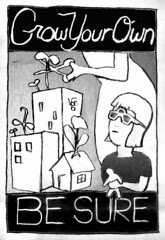 Grow Your Own: Be Sure
Originally uploaded by Joe Wirtheim 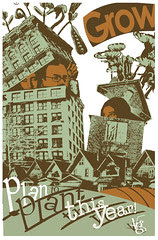 All images from Joe Wirtheim.

More of the series can be found here.
Posted by Bruce at 11:00 AM