The last couple days have been all about rain. Rain, rain, and more rain. And cool. On Saturday nephew Marc and I planted out the tobaccos in 5-gallon SIPs, his first SIP effort and a fine job. 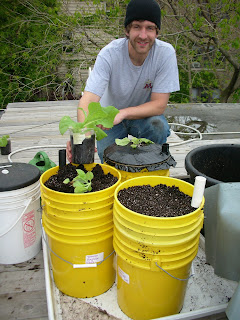 We tucked them into the greenhouse as the winds were stiff. 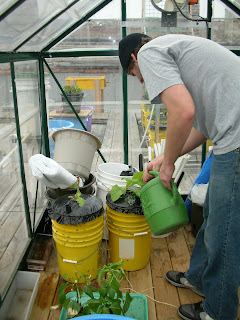 I walked over to Bruce's and said hello to the girls. They're very sociable. 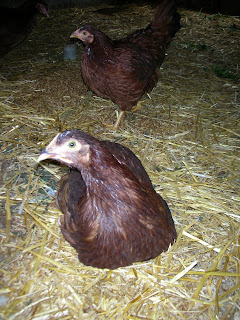 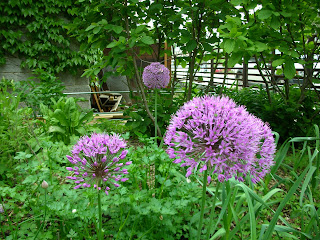 His peppers  are setting up nicely, planted the weekend of May 21 (a good planting weekend I missed because we were out of town). 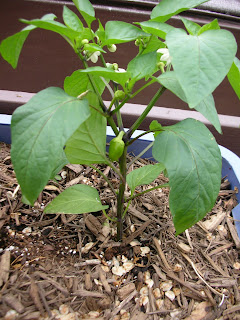 He's growing a few of the tobaccos as well. 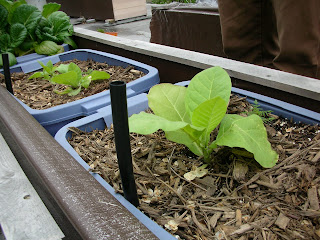 And his potatoes are flourishing. 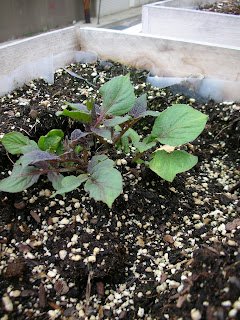 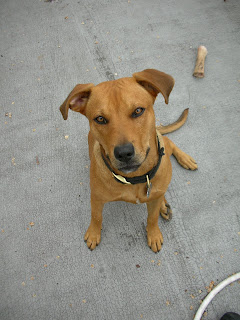 And with his beloved bone 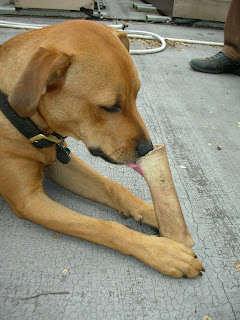 I have nicest sister in the world who's also a talented seamstress (she'd live at the fabric store if permitted). She brought me another fat roll of pellon thermolam plus to use in retrofitting our SIPs for the new wicking method. You can see below that the criss-crossed strips all but cover the hole where the wicking cup once sat. 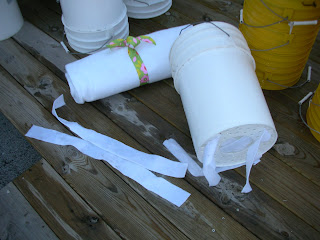 Was up at 6 today and on the roof planting tomatoes. Got a few in, but not the best day for planting due to brisk winds. Returned mid-afternoon and discovered it's both windy and hellishly hot up there. So I cut fabric strips instead.

We like to experiment with other SIP types, this one the EZ Grow. But, maddeningly, it's larger around the rim than the base, which makes tying on the evaporation barrier (aka, shower cap) with string impossible. So I tape it.

Tape is your friend 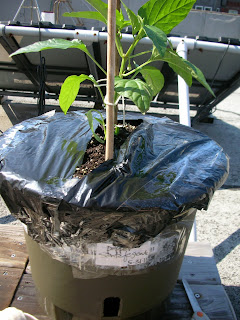 Love this perpetual spinach (chard) from Bountiful Gardens Seed. That's precisely what the label says: Perpetual Spinach (Chard). Which is it, I wondered. Turns out it's a kind of mini-chard, complete with salty flavor. 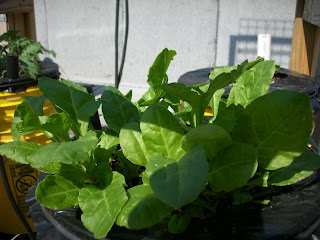 Our second floor has never been rehabbed. Its patina and energy are beautiful. 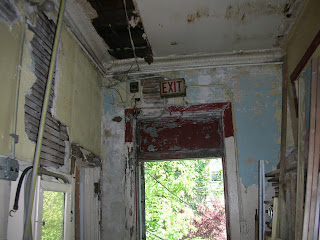 Art found a dumpster across the street with a boatload of like-new treated wood (ripped up from a poorly installed deck), which he uses as decking around here. He's been hauling wood for three days... 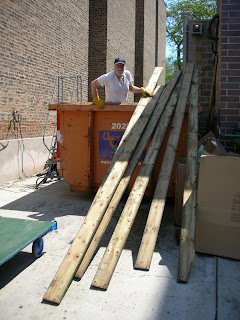